The Industrial Internet of Things is based on the IoT gateway, which connects various industrial resources to network interconnection, data interoperability, and system compatibility, so as to achieve the purpose of flexible configuration, process optimization, process upgrade and adaptation of products. Effective use to form a new service-driven industrial ecosystem. 5G Industrial Protocol Gateways are a key technology in thousands of industries. It can realize the interconnection of a large number of devices and terminals in thousands of industries and meet the needs of enterprises for intelligent, digital, information-based production, operation, and management.

The role and characteristics of IoT gateways

As a key component of the Internet of Things and industrial control systems, the 5G Industrial IoT Protocol gateway has three major functions: protocol conversion, manageability, and wide access, which play a role in linking the previous and the next. “Up” refers to computers, such as touch screens, MES, computers, etc.; “Down” refers to intelligent terminals, such as PLCs, sensors, etc. “Transform” is the most basic core function of the industrial gateway. It converts the underlying information in various protocols to the format and then transmits it to the host. 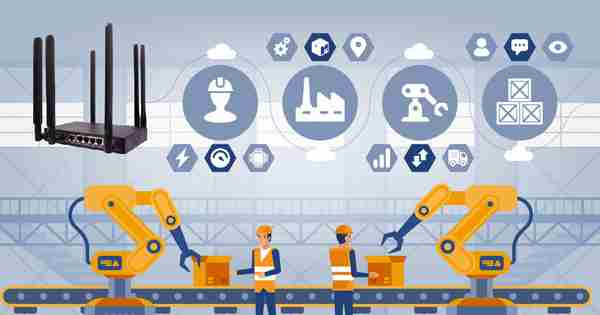 With the continuous improvement of enterprises’ requirements for intelligence, networking and intelligence, intelligent gateways play an important role in the procurement of modern factories. Through the Internet of Things technology, the transparency, controllability and dataization of all links in the production process are realized, which can not only effectively reduce production costs, but also improve production efficiency, and promote cooperation and resource integration between various departments. At the same time, it can also promote the deep integration of upstream and downstream, and form an industrial ecosystem that integrates upstream, downstream and resources.

In actual production, the 5G IoT gateway can not only realize the combination of 5G + WiFi, but also maintain stable operation in harsh high temperature and high-pressure environments. It can also provide real-time video and operation status of PLC equipment to the server side. The control center, through PC, Pad and other equipment, can view important data or information such as production, equipment operation, and production process in real-time, realize online monitoring of intelligent factories, remote management and control, and then achieve accurate, timely, unified and convenient intelligent management and control.

With the development of communication technology, the Industrial Internet of Things will have the characteristics of equipment connectivity, ecologicalization, and industrial application service. With the continuous increase in industrial production, massive production equipment will be transferred to the cloud, and the transmission of real-time, stable and secure information and data will also become more important, and more applications will be transmitted through the 5G IoT Gateway, which transforms massive data and information into helpful resources.