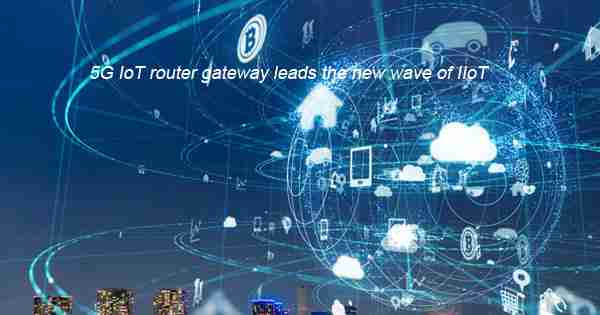 At present, 5G+ industrial Internet has been widely used in industrial design, production, quality inspection, operation, control, market display, etc. In the future, based on 5G technology, the IoT router gateway will be gradually extended to the factory’s production site.

5G IoT gateway can solve the difficulties of the current industrial vision system. The closed-loop reasoning of images such as defects, manslaughter, and suspected images is realized through AI algorithms, and the model is rapidly iterated and automatically transmitted to the edge, thereby making the local equipment more “smart”. Then, the device at the edge can compress the captured images locally, thereby reducing the need for network reliability, and at the same time using the “eyesight” of the camera to “reveal” the flaws in the product.

5G IoT router mass data processing
IoT router has the characteristics of low latency and high bandwidth can send large amounts of data from more data points to the cloud for centralized processing, especially for applications that need to use large amounts of data for analysis. For example, the number of people and heat map statistics in shopping malls or public places, and some life and death applications, such as rushing a patient to a hospital ambulance, and sending the patient’s life monitoring data to the emergency doctor’s screen. 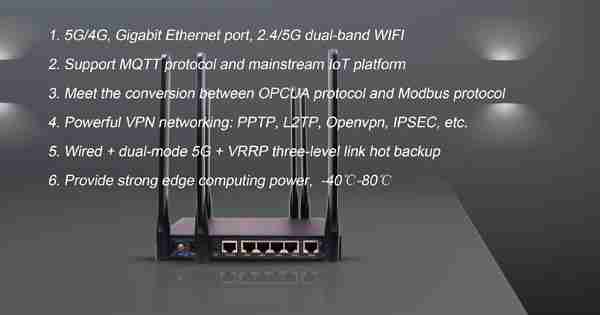 Here, taking the Alotcer IoT gateway AR7091 as an example, its 5G and edge computing technologies can replace each other or complement each other. For example, the advantages of 5G’s high speed and low latency mean that massive amounts of data can be stably sent to cloud servers with powerful computing power through those relative data “unsmart” routers for unified processing. Of course, edge computing and 5G are the combinations of low latency and high speed for the network, the 5G industrial-grade wireless gateway AR7091 can effectively and quickly determine which data should be uploaded immediately and which data should be simplified and uploaded after local processing in order to use 5G more effectively Network and computing resources to improve the efficiency and effectiveness of big data processing.

The “popular wave” of 5G IoT applications is coming at lightning speed. Behind that are application cases from theoretical evolution to implementation. The penetration rate of 5G IoT will increase exponentially. As 3G networks in countries around the world are shutting down one after another, some companies have even begun to skip 4G and directly use 5G to deploy IoT applications. The future application of 5G IoT router gateway will become more and more extensive.